My wife and I contracted P&S Davis Builders to realise our decade-old dream and construct an extension consisting of new living area, kitchen, ensuite and parents retreat.

We were looking for a builder who worked in our suburb and at times finding somebody seemed impossible, everybody was either too busy or didn’t call us back. When all hope of finding a builder was lost, I saw a post on a community suburb Facebook group where somebody was looking for a builder who worked in our area. P&S Davis Builders was one of the few names that came up with a recommendation. I called peter in September 2014 and arrange for them to start looking at a quote along with requesting quote from a few other organisations.

Once all the quotes were back we used price as a highly weighted requirement, but also evaluated builders based on their customer interaction, detail in quoting and communications.

Peter’s quote (which wasn’t the most inexpensive) was the one we chose based on the detail during the quoting stage and the attention of detail provided in the quote. Once everything was signed Peter handed everything over to his son Stewart who ran the build onsite.

Stewart and his team were really great! Professional, polite, and most of all skilled craftsman with a sense of pride in their work and an attention to detail. The sub contractors such as tilers, renderers, plasterer, electricians and plumbers were also professional and very skilled in their chosen trade. We got to know the team and they became part of the family as we lived onsite while the renovation works were happening. Eventually even the dogs were excited to see the builders!

The build process ran on schedule even with a couple of delays with weather and the occasional third party delay. This is expected and Stewart would redirect efforts to another part of the project to keep things moving along. Peter and Stewart were always contactable and willing to help with all of our enquiries.

I have since recommended Peter to my neighbours who have actually knocked on our door and asked “Who did your extension?”

We love our new look home and would recommend P&S Davis Builders to anybody looking for a professional, considerate and skilled builder in Brisbane.

We have never once regretted choosing P&S Davis Builders to build a second floor on top of our house. The way the business is run made the whole process go quite smoothly in our opinion. Having Peter deal with the paper work freed Stew to deal with the actual build which meant that he was available to keep us updated and ready to deal with any issues on the spot.

Peter and Stew have got quality tradesman and contractors working for them. Everyone was very respectful of our house when entering and were always available to discuss issues when required.

The after build service has also been great. Even after the build all minor issues that we have brought up have been addressed promptly.

We highly recommend P&S Davis Builders for any major renovations to your house.

“We found their management was readily available and flexible”

We contracted P&S Davis Builders because the business appeared well managed with clear coordinated processes to move smoothly through all stages of the build without unexpected “surprises”. We really liked how the core workers doing the construction were not spread across a number of job sites. So we had confidence they would remain on one job – ours – to completion and that the quality of their work was known and could be relied on.

Their expertise and experience with renovation of older buildings as well as ground up new constructions was also important for us. We found their management was readily available and flexible in discussions about the build. Enquiries were responded to quickly with good practical advice while still maintaining the overall build plan and focus.

Before we made the final decision Peter Davis encouraged us to contact past clients to gauge their satisfaction with the way the business operated. This was a very positive factor in our choice of P&S Davis Builders.

Overall we were very satisfied with how:

For all the reasons above we would definitely recommend P&S Davis Builders. In summary: they are well organised, pay careful attention to detail in the build, and have a stable network of reliable trades around the company’s core team.

“They made the building process easy and enjoyable, with no nasty surprises”

I can’t recommend Peter & Stewart highly enough. They added an extension and deck to my Queenslander about 6 years ago, and I am still delighted with the finished product. They made the building process easy and enjoyable – there were no nasty surprises, the job was finished well within time and more importantly, within budget!

I was consulted the whole way through the renovation, and always felt in control of how things were progressing. I am a very happy customer!

Our job was massive, and we were complete renovating/building novices. Perhaps a recipe for imminent disaster. Dig out, retain, then build in on the lower level. Remove back wall, extend house to accommodate new bathroom, kitchen and internal stairs on the upper level. There are no horrifying tales to tell, instead it was really quite easy.

I put my faith and trust in Peter and Stewart and they lived up to my expectations – they are experts in their field and the process of the project and the end product are a faithful testament to this fact. The same pleasant team of builders turned up each and every day during our almost six month long project. So in short, this note carries with it my full recommendation.

P&S Davis Builders built our deck some years ago. I have no reservation in recommending them for any work they choose to do. There were no hidden surprises in the quote, they started when they said they would, the work is of a high standard and they do not cut corners.

Once they started the job they were on site until they finished. We were quite aware of everything that was going to happen before we signed and more importantly they did what they said they would do.
They are fantastic people to deal with resulting in a good building experience. 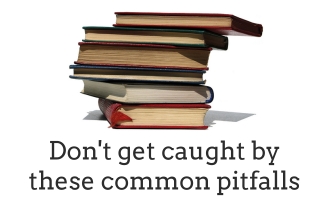 Get free building and renovation advice 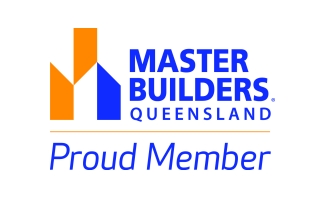 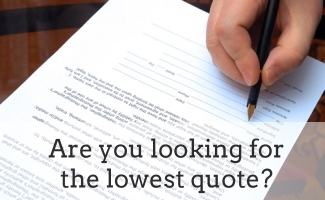